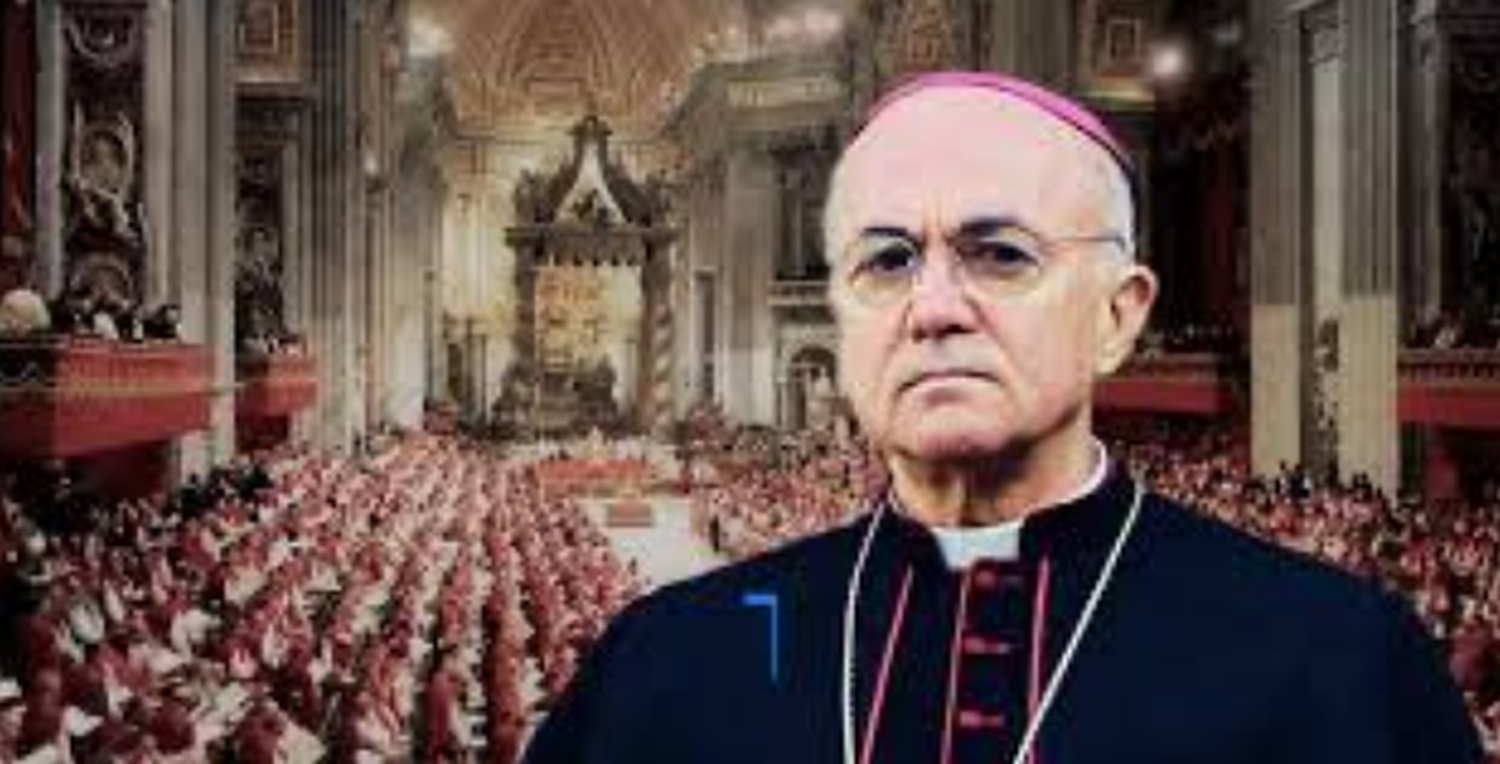 Just when I thought I was ready to turn my attention to the Catholic lion of Detroit, Michael Voris, Archbishop Vigano has popped up again with a very long letter addressed to a group devoted to restoring Catholic identity.   I was just going to ignore it and move on since I have already dealt with Vigano’s ravings at great length and, quite frankly, he bores me.  Personally, I would rather binge-watch reruns of Gilligan’s Island than devote more time to Vigano, but his latest missive is so over the top and so filled with hyperventilating, spittle-flecked, tirades against the false “deep Church” of the antichrist that I felt vindicated in my previous criticisms of him and wanted to come on here and say “I told you so.”  Some few readers, obviously sympathetic with Vigano, have accused me of being unfair to the “heroic” archbishop and that I have attacked a straw man of my own invention, engaging in all kinds of unfair caricatures and misrepresentations of his positions.  Well, his latest appearance on the stage should put an end to such criticisms since his last letter confirms everything I have said.

His letter is long, as I said, which, ironically, will cause this post of mine to be much shorter, which I am sure will delight most readers.  The letter contains so many accusations that to deal with each one would take 50,000 words of unpacking.  And so allow me to merely bullet point just a few of his assertions with a few brief comments of my own.

*As usual, he rejects Vatican II root and branch as a heretical Council.  He even calls into question this time if it even really was an ecumenical council at all.

*He rejects ecumenical dialogue without further qualification.  He just says it is part of the deep Church plot to undermine the truth.

*He rejects all interreligious dialogue and cooperation as fostering religious relativism just like the Freemasons espouse.  Again with the Freemasons!  Apparently, they are everywhere.

*He rejects democracy and says the Church’s embracing of it is a dangerous nod to a false individualism.

*He rejects the so-called nouvelle theologie and accuses it of causing the Church to develop an “inferiority complex” to the modern world in all of its Satanic pretentions. He then lists the negative fruits of this inferiority complex:

*The loss of the concept of a Catholic monarchy that rules by divine right. Can I infer from this that he endorses such a view? He lists it as one of the negative effects of modern theology so…. I don’t want to be accused of attacking a position he does not hold, but can we at least not conclude that he seems sympathetic to the rejection of democracy and its replacement by a Catholic monarchy of divine right?? Divine right kingship is, of course, in the modern era, a Protestant idea.

*Another of the ill effects is the loss of the idea of a “State Church.” So, once again it seems he is at least sympathetic to the idea. But his explicit rejection of Dignitatis Humanae on religious freedom allows one to see that here indeed he is an advocate for a return to the Church being established as the official State Church where that is possible.  He seems oblivious to the fact that it is possible nowhere in our current cultural and political milieu.

*Finally, another ill effect he lists is the loss of the Index of Forbidden books. So I see a pattern emerging here – – reject democracy and embrace divine right monarchy, reject religious freedom and bring back religious coercion from the State, and ban certain books that dissent from the Magisterium. But wait… isn’t he a dissenter??  Be careful what you wish for Archbishop.  Still, there seems to be an overall lack of any awareness on his part that these realities (State Church, Catholic Monarchs by divine right, Banning of books in the Index) are all deeply problematic and were tried and found wanting – – and found wanting precisely because they all involve a nominalist understanding of freedom, and thus of power, and of how the latter should relate to the former.

*He rejects religious freedom and the concept of “human dignity” as the root of this freedom. Dignitatis Humanae’s call for religious freedom is just more Freemasonry devilishness in his view.  It is one of those heretical doctrines of the Council put there by the modernist conspirators in order to destroy the Church. He utterly misses the fact that Dignitatis roots its teaching in the relationship between our obligation to seek the truth and the freedom to appropriate such truth non coercively.  Joseph Ratzinger beautifully explains this when he points out that all truth is constitutively oriented to freedom as its only proper receptive medium. But I guess Vigano thinks Ratzinger and Wojtyla were heretics too?? Part of the conspiracy??

*He wants the Pope to wear the papal tierra again.  Ok. That’s cool.  I can get on board with that.

*He says Fratelli Tutti calls for human solidarity on the model of a secular humanist globalism.  Except it doesn’t.  Francis roots it in God as the Father of us all and sees the Trinity as a model for the kind of relational love we need to foster.  He also says that the basis of our love of neighbor, as Christians, is the fact that we see Christ in our brothers and sisters.  But this might just be a Freemason trick so who knows? But seriously, this is becoming a tired trope from the Traditionalist camp.  I am not a huge fan of Fratelli, but let’s at least get what it says right rather than forcing everything through this conspiratorial filter.

*He says the Covid pandemic is fake and is just a ruse for the government to sieze control.  I wasn’t aware that the good Archbishop was an epidemiologist and an expert on pandemics. My bad.

*He says we are living in the end times.  Maybe we are.  Maybe we aren’t.  We will just have to wait on this one and see how it plays out…

*He says “Bergoglio” is the head of a false “deep Church” that is the creation of the AntiChrist.  He says this is analogous to the modern “deep State.”  More apocalyptic thinking.  With a heavy dose of “we alone are the true remnant” thinking.  This smacks of a kind of cultish insularity and an “us against the world” paranoia.

I could go on and on but I will stop here.  I encourage you to read the whole nauseating diatribe for yourself.  You can access it here.  This will be my last post on Vigano.  My only goal in offering up this last blog on him is to defend my previous blog posts on him as being true to his actual beliefs.  I did not attack a straw man.  I did not caricature his views.  I did not exaggerate or misrepresent him.

I would encourage my Traditionalist friends (of which there are, happily, many) to rethink their sympathies for this man’s views.  We are all upset with the state of the Church.  We are all angry at many of the things that are going on.  But to endorse Vigano’s animus against everything in the Church since Pascendi is short sighted in the extreme.  And toxic. Let us work instead at a true revival of the faith, one not rooted in a rejection of everything that is modern as a Freemason plot.  We need to retrieve Vatican II properly, as was attempted by John Paul and Benedict.  You can side with Vigano if you like.  I choose John Paul and Benedict instead. 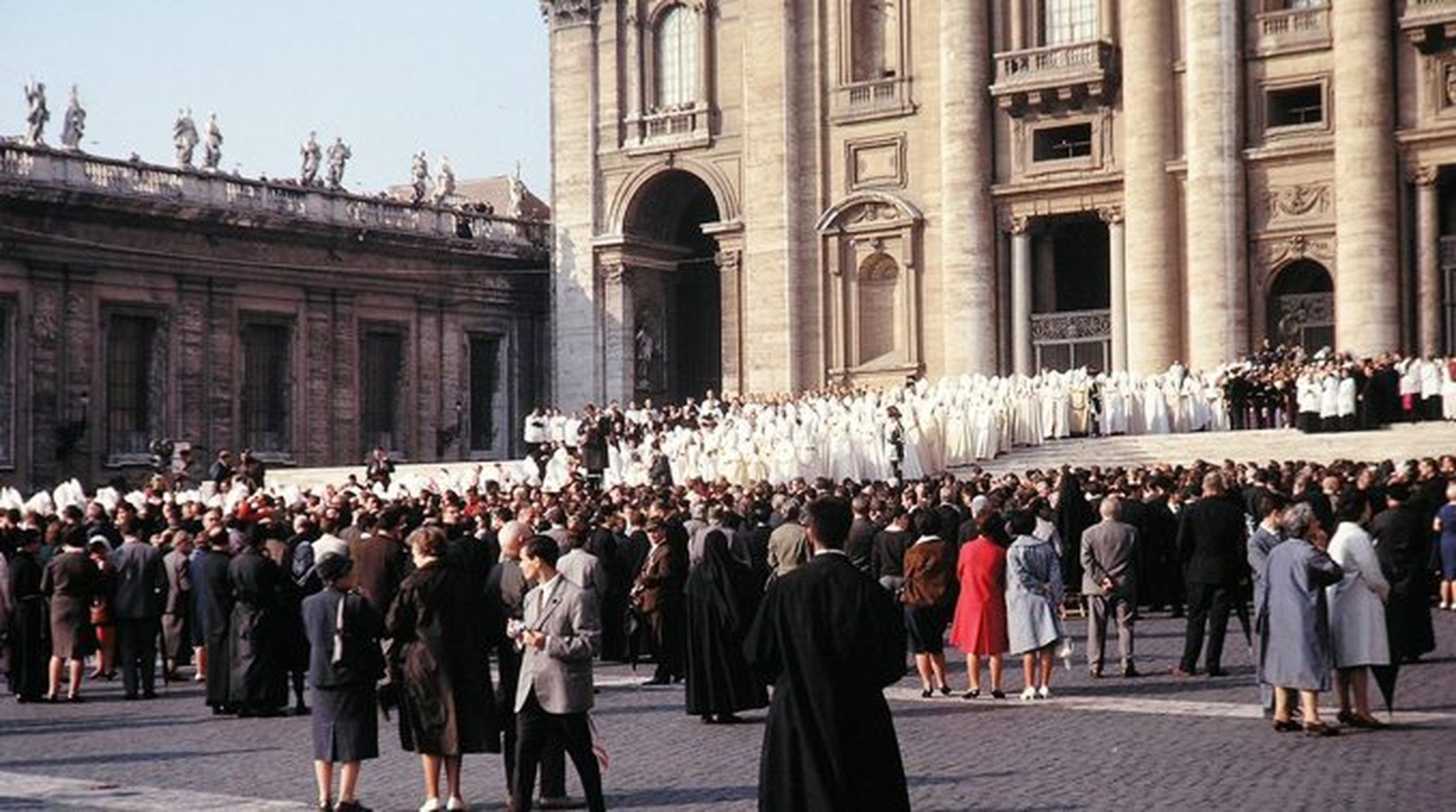 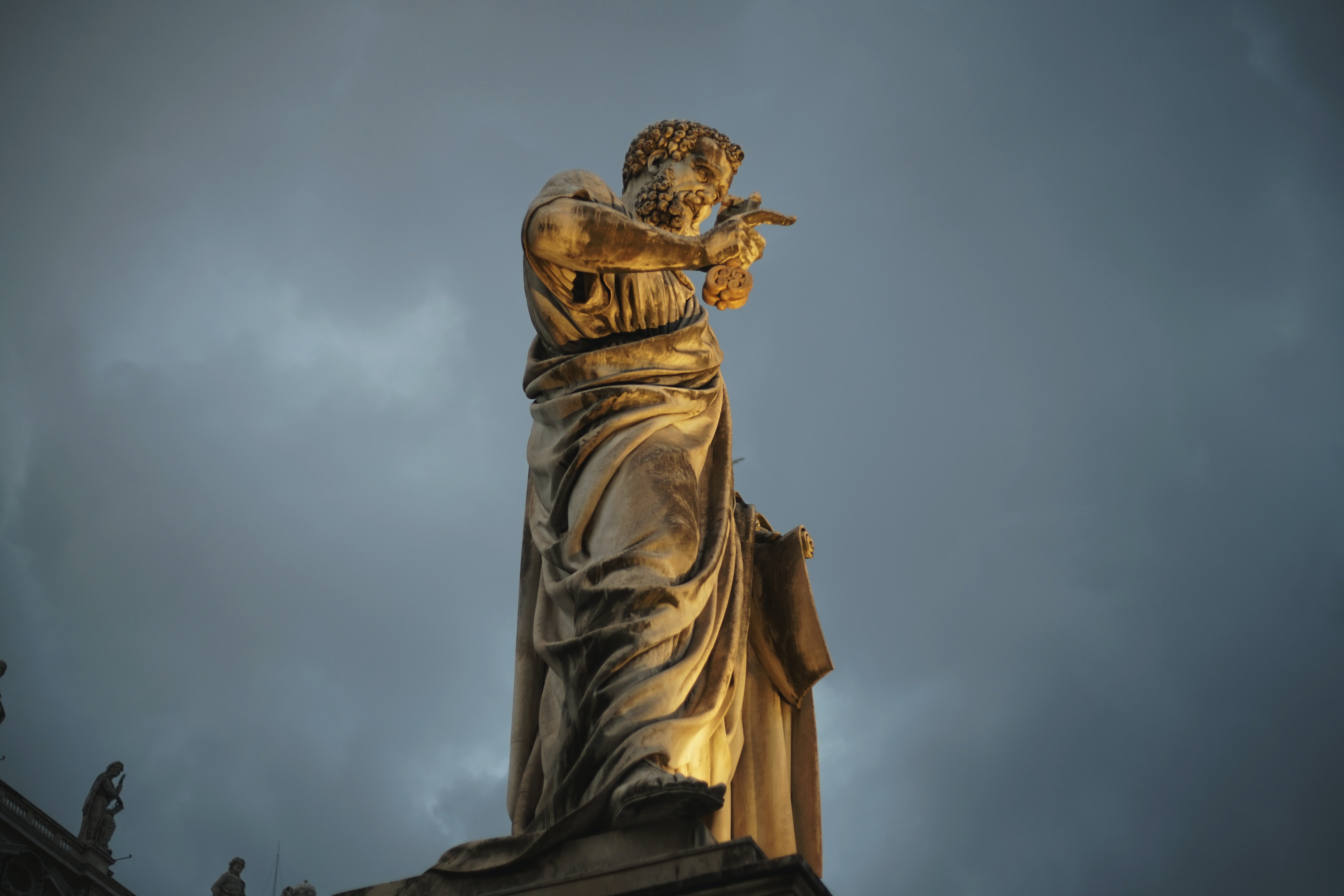 Defense of Vatican II
The Hermeneutics of Kenosis. Part Two: Quo Vadis? Error and Truth in the Church
An extended meditation on the meaning of truth and error in church teaching. 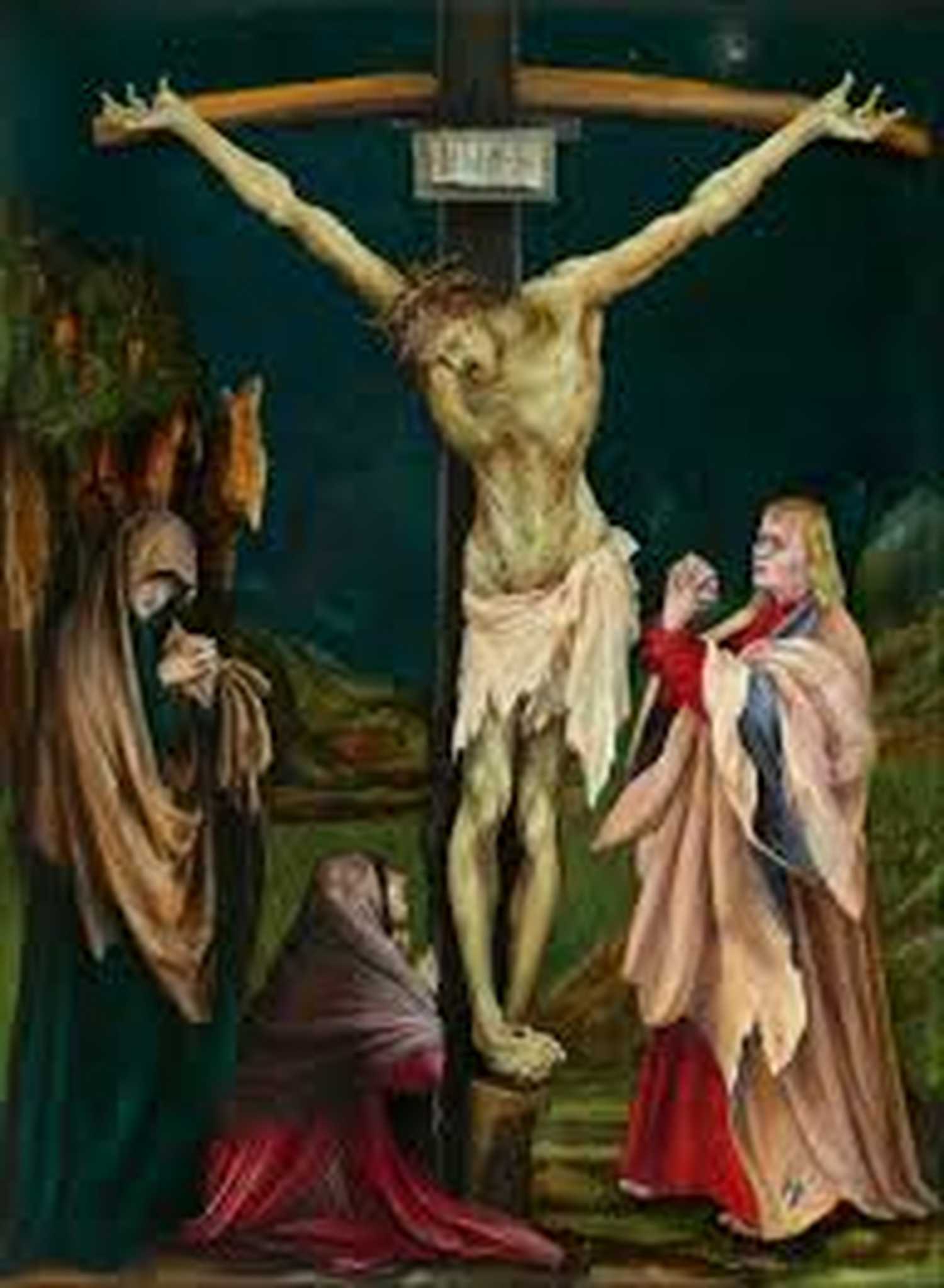 Defense of Vatican II
Dignitatis Humanae: Part Two: The Hermeneutic of Kenosis
A meditation on the hermeneutics of the cross. 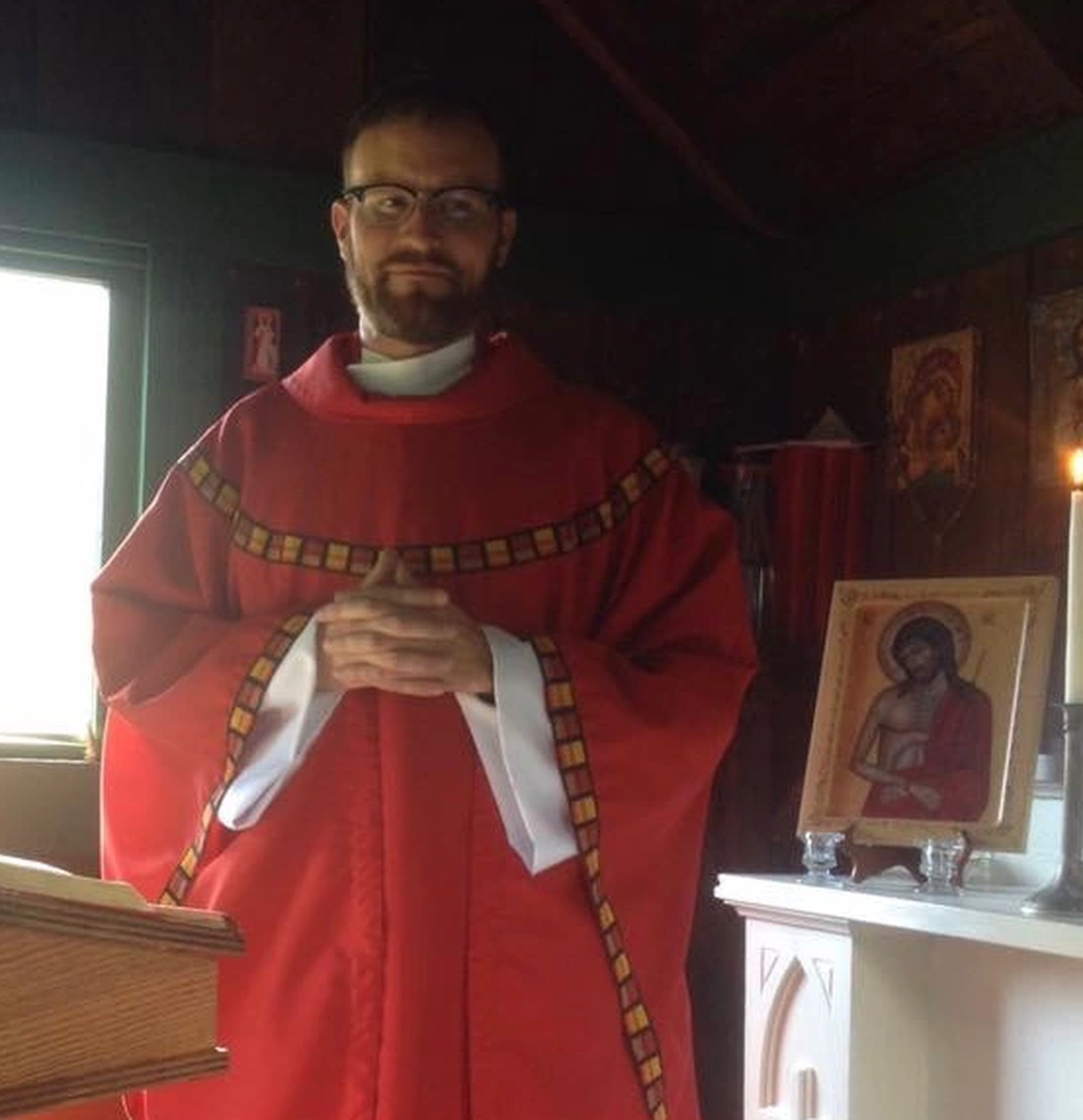