In Defense of Vatican II: Beauty Will Save the World. 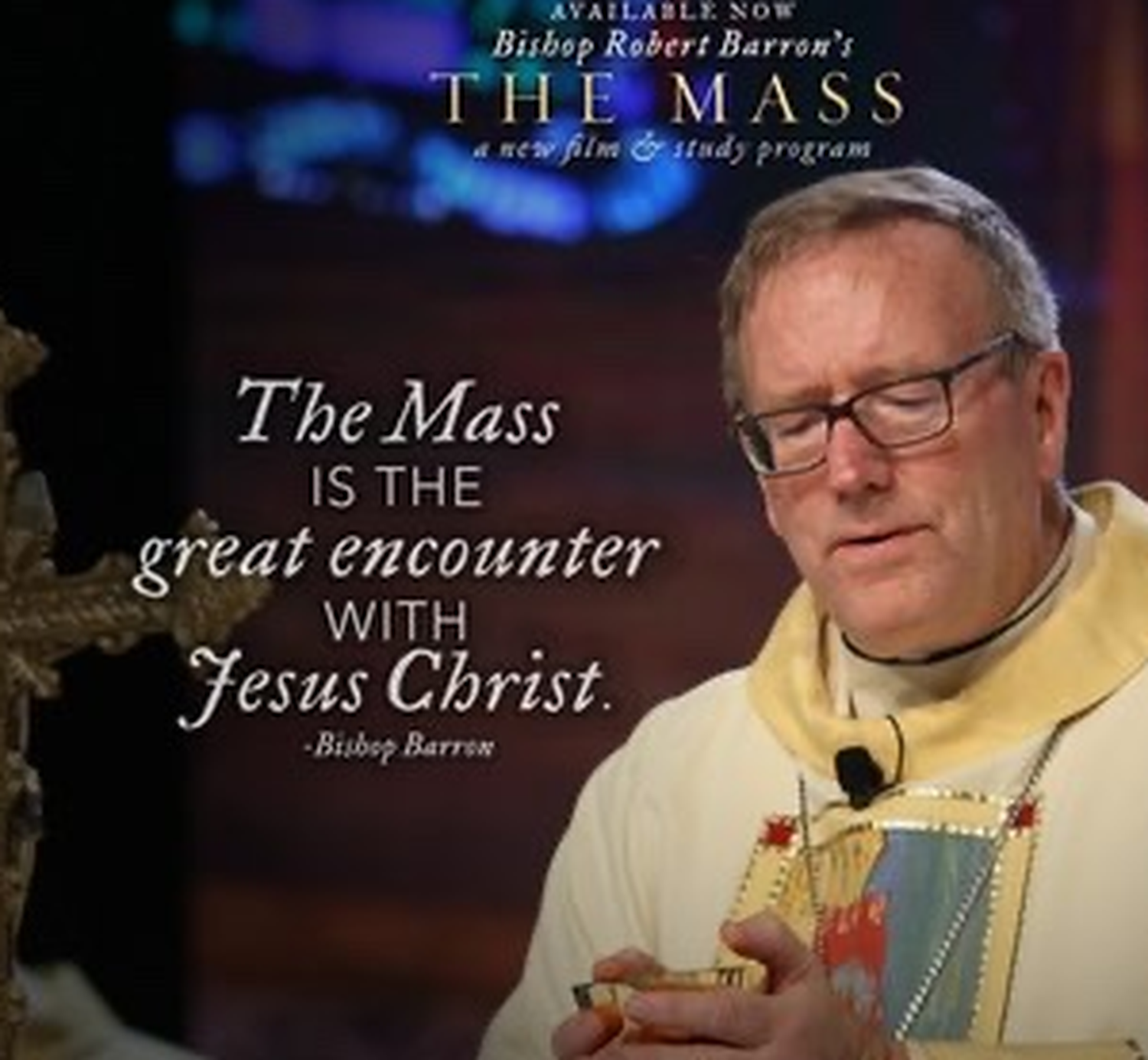 One of the things I have long pondered is why it is that people fall away from the faith.  Obviously, they do so for a variety of reasons so I will not attempt a “one size fits all” answer to that complex question.  My addled and dissipated brain isn’t capable of such global thinking anyway, as age and too many bowls of Frosted Mini Wheats have taken their toll on my synaptical integrity.  And the Covid-quarantine Rice Krispie Treats aren’t helping either.  We have also recently discovered that there is a rat living in our crawl space, which to me, a lifelong rodentophobe, is a major theodicy problem.  And if God does not exist then there is no need to answer the above question since it is already answered by the malevolent presence of that rat:  Existence of a rat in our crawl space = no God.  QED.  Somewhere Richard Dawkins is smiling, which galls me, since he is such a blazing, intellectual guttersnipe.

Still, all joking aside, the small point I would like to make in this brief post is that, in my view, the answer to why people leave the faith is hiding in plain sight:  for whatever reason, they just no longer believe the Christian narrative anymore.  It really is that simple because if you really did believe the Christian truth claim you would put up with any number of ecclesiastical micro aggressions in order to stay the course, despite the rocky terrain.  You would say to yourself in the midst of your existential dyspepsia over the Church’s endless foibles and absurd “stratagems”: “Lord to whom shall we go? You have the words of everlasting life.”  I know this is certainly true in my own life since I would have long ago left the Church over its modern descent into mediocrity and banality were it not for the fact that I actually still believe in both the Christian narrative and the Church that bears it forward.  That really is the bottom line because, quite frankly, the post liturgy donuts have grown stale as sacramentals of forced conviviality and I can get better “fellowship” at a Star Trek convention.

This is what puzzles me then when I hear people engage in grandiloquent “exit narratives” that focus on this or that egregious assault on their fragile sensibilities as the chief reason for departure.  You know the boilerplate formula as well I do, I am sure:  some priest farted in the confessional once, or because they couldn’t get an annulment for their fifth marriage, or because the music minister dropped the Saint Louis Jesuits as the main playbill for Mass, or the pastor said something in a homily that “offended” you, or some old, caterwauling, Church lady chided you for eating Jujyfruits at Mass.  Oh the humanity!

Very often, when confronted with such narratives I will just bypass the whole bowl of sentimental pottage and cut to the chase and ask:  Do you still believe in the Creed and the Sacraments?  And most often the answer is a qualified hemming and hawing, with all kinds of linguistic legerdemain they learned at a workshop run by a Jesuit-Buddhist-Zen master-massage therapist, before they finally just give up and admit that “well no, I don’t accept most of those ‘rules’ anymore.”  Nor is there usually any reverse “road to Damascus moment” where the faith is lost in a single dramatic traffic stop gone bad.  The truth of the situation is usually far more boring, with faith gradually ebbing away in the acedia-inducing wort of our fermenting culture.

I have a very good priest friend, an old seminary chum of mine, who is a man of very high intellect and even higher wisdom, who often laments to me on the phone that “nobody believes anything anymore.”  And by that he means what the priest at the beginning of Bernanos’s “Diary of a Country Priest” means when he says: “My parish is bored.”  In other words, underneath the outward façade of sacramental participation, “Monte Carlo night” fundraisers, CYO sports, and pet blessings, there lurks the noonday devil of quiet disbelief.  My priest friend further opines that since this is true, the pastoral strategy the Church has adopted over the past sixty years – – the strategy of turning the faith into the spiritual equivalent of rice cakes – – is doomed to failure, as the current implosion bears out.  Nobody dies for something they think is not true.  Nobody sacrifices for something they think is not true.  Nobody long endures suffering for something they think is not true.  And the bottom line is that if one is deeply bored by something, chances are it is because in the grand scheme of things you judge it to not be true, or, at the very least, even if true, of little importance.

In the past year I met a most remarkable person at a conference who has since become one of my favorite authors.  He is the poet James Matthew Wilson who is involved in a project to reinject high caliber beauty back into the Catholic faith.  The Church is still the repository of Christ, but that image has been effaced in the ugliness and mediocrity of the modern Church.  What is needed is for the Church to be repristinated through Beauty, Goodness, and Truth.  Because these realities, when perfected, are anything but boring and are a real, honest to goodness remedy for acedia and the noonday devil.   The Church must once again become a patron of the arts as it seeks to reclaim a culture of beauty and of excellence.  James Matthew Wilson is involved in the Benedict XVI Institute which is a new venture that seeks to create that culture in the Church once again, in the midst of a world that careens toward the anti-human abyss of technocratic nihilism.  What he, and his allies at the Institute, understand, is that there can be no appeasement or “arrangement” between the Gospel and the ugly, vulgar, world of consumeristic kitsch.  For when the Church seeks to enculturate into an anti-culture (which is what our society enfleshes) it commits suicide as it dissolves and is absorbed into the world of our technocratic Borg masters.

I mention this new Institute not because I think it will single-handedly bring the needed renewal, but because it is a model of what must once again blossom in the Church in order to reinvigorate the motives for faith and the soil in which that faith can grow.  Because the Gospel cannot flourish in the culture of strip malls and vape shops.  Of course, modern Catholics are “bored.”  We have turned our Churches into grand temples dedicated to the gods of efficiency, bourgeois comfort, and the ugliness spawned by expedience.  Everything is geared toward making the Gospel “safe” and “inoffensive” and the spiritual equivalent of the Boy Scout Oath, if you are lucky. And the whole enterprise – – the lot of it – – is boring.  That is why modern Catholics, like modern people in general, talk endlessly about “sexuality.”  Because all our culture has left is a degraded eroticism masquerading as liberation.  But degraded eroticism is the most pathetic god in our entire pantheon of divinized addictions.  Because the erotic, devoid of love and an orientation to Transcendence, is the ugliest and most boring thing of all.

Another noteworthy attempt to put beauty back into our quiver of pastoral strategies is the series of videos, podcasts, and other materials created by Bishop Robert Barron and his Word on Fire Ministries.  And because Bishop Barron chooses to foreground the beauty of Catholicism as his chief mode of evangelization, rather than pugilistically swinging at a host of putative enemies as varied as Vigano’s Freemason Dr. Evils, up to and including, Voris’s “homoheresy modernists,” he has been vilified and pilloried by the so-called radical traditionalists for being insufficiently nasty.  In their view, unless there is blood on the floor, you haven’t properly preached the Gospel. Furthermore, their vision of the Gospel is an ugly amalgam of ignorance, reactionary politics, restorationist theology, and a heavy dose of apocalypticism with its “we are the holy remnant” elitism.  They are Catholic Branch Davidians living in a fever swamp of conspiratorial delusions, throwing Molotov Cocktails out of the window in Taylor Marshall’s basement at Bishop Barron and just about anybody else with a lick of sanity.  I will take Barron’s emphasis on beauty over their manifest ugliness and, I suspect, so would most Catholics.

Vatican II understood this as well.  The Council Fathers knew that “fortress Catholicism” was harming the Church and fostering a culture of drab ugliness owing to the boring nature of its insularity from all things “modern.”  They may not have always gotten the answers right but they were at least willing, finally, to pose the question of modernity to the Church in order for the Church to share the riches of the Gospel with a greatly changed and desperately lonely world.  The tragedy, of course, is that this conciliar initiative to repristinate the Church, to find the hidden lost gems of the Tradition hidden under the palimpsest of neo-scholastic verbiage, was hijacked by a different set of vulgarians intent on replacing the beauty of the Church’s patrimony with a crass, and false, egalitarianism that equated the “tastes” of the popular culture of modernity with “the spirit of the Council.”  Indeed, under the guise of liturgical renewal and increased lay participation, they began to assert that the very insistence on high-end beauty in the Church is a form of reactionary and elitist “triumphalism.”

But if you read the Council documents themselves the exact opposite of this view is put forward.  How and why those documents came to be ignored and the renewal called for by the Council derailed is a subject for another day.  Suffice it to say for now that anyone who wants to blame the Council for being the chief cause of what came after is guilty of some extremely sloppy thinking devoid of real sociological data.  It is a form of post hoc ergo propter hoc fallacious thinking that reigns supreme these days in traditionalist circles and it needs to be challenged.  Steven Bullivant’s recent book called “Mass Exodus” is a good place to start that challenge since he offers a wealth of real data on the multi-focal causes of the post conciliar disaffiliation from the Church by so many.

Larry Chapp
Defense of Vatican II
Vatican II as a Ressourcement Council. Part One: Father Robert Imbelli's Conciliar Retrieval
Vatican II has come under heavy fire from many quarters these days as a "failed council" that should just be ignored. In this first post in a new series on Vatican II I defend the council as truly profound. It was a ressourcement council and Father Robert Imbelli's brilliant analysis makes this clear.

Larry Chapp
Defense of Vatican II
Were Vigano and Marshall Right After All? No